Wow, Hong Kong, what a place and where to begin. Three bottles of wine 32 floors up, drinking in LKF until 4am, the night time harbour cruise, delicious food everywhere, wonderful hospitality from Jonny and Charley Mulliner and from Will MacKay. One amazing week.

We returned to where I was made full of the energy and ceremony of Japan and were met by a wall of people and noise. I came to Hong Kong many years ago and even then people said it was busy but now it is on a whole new level. There are skyscrapers everywhere. We barely saw a building less than ten storeys. It was insane.

They once had a beautiful old building called the Murray Building in what is now pretty much Central Hong Kong but it was too small so in order to preserve the history they moved it brick by brick to Stanley on the less populated south side of the Island. Now where it stood is some 40 storey monolith with excellent revenue per square metre. The old building still looks great in Stanley but it is a pretty strange thing to witness.

There were some fantastic highlights on our trip with the three bottles of wine at Wooloomooloo Steak House 32 storeys up a real eye-opener on our first night. 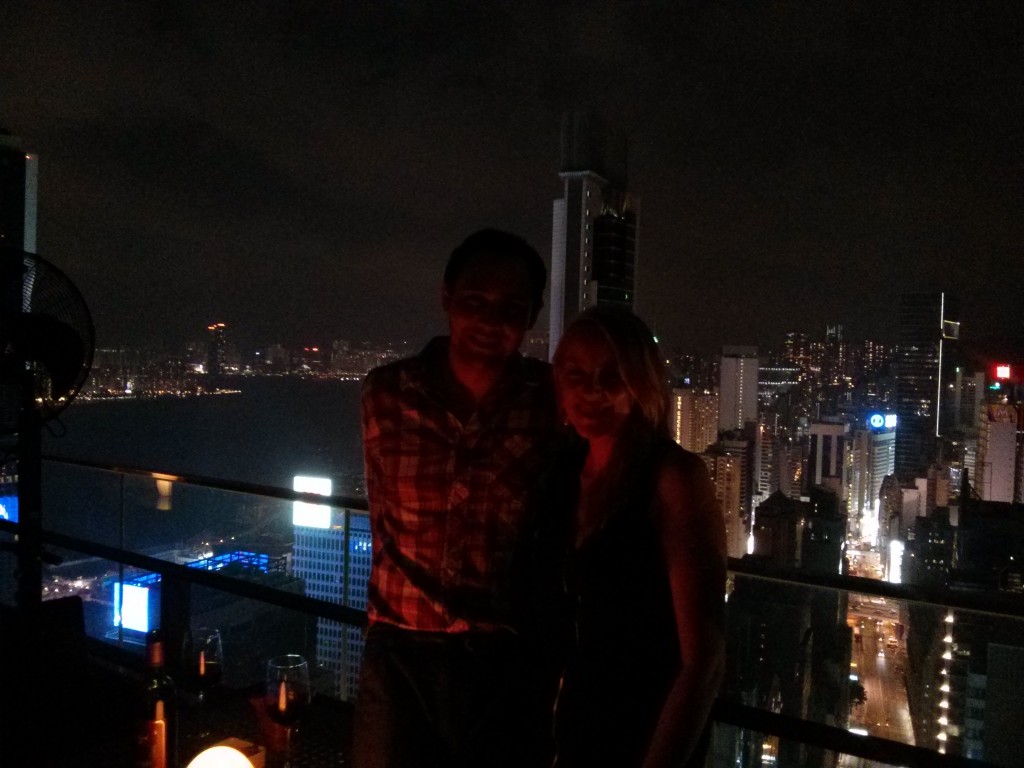 We ate wonderfully with a great friend of the family’s Will Mackay at The Square and it was great to hear stories about my grandparents from many years ago and catch up in a way I couldn’t have imagined. Thanks Will and also thanks to Mandy at the Four Seasons  who gave us lots of maps and guides and tips of things to do. (Jen Edit: We didn’t stay at the Four Seasons)

One of these was the Aqualuna Harbour Cruise which took us around Victoria Harbour shortly after sunset. It’s a beautiful recreation of an old junk boat with red sails and a heavily stocked bar. We loved he sights and sounds of Hong Kong from the boat before being dropped off on Kowloon side.

On the Kowloon side we witnessed the Light Show which has won some Guinness World Record for biggest most continuous light show which sounds a bit like winning a Guinness World Record for the longest sneeze by a man named Eldrich on a Wednesday whilst wearing lederhosen and was about as impressive. That’s a little harsh but it probably wasn’t worth the hype! There were some pretty cool pictures taken and it was very relaxing sitting there watching it.

Other highlights included wandering all over Kowloon checking out the markets including the Jade, Ladies, Sausage, Flower and Bird markets. Alas, one of those is not real. After some semi-patient haggling we left with bargains and the stall-owners were left with big smug smiles on their faces. 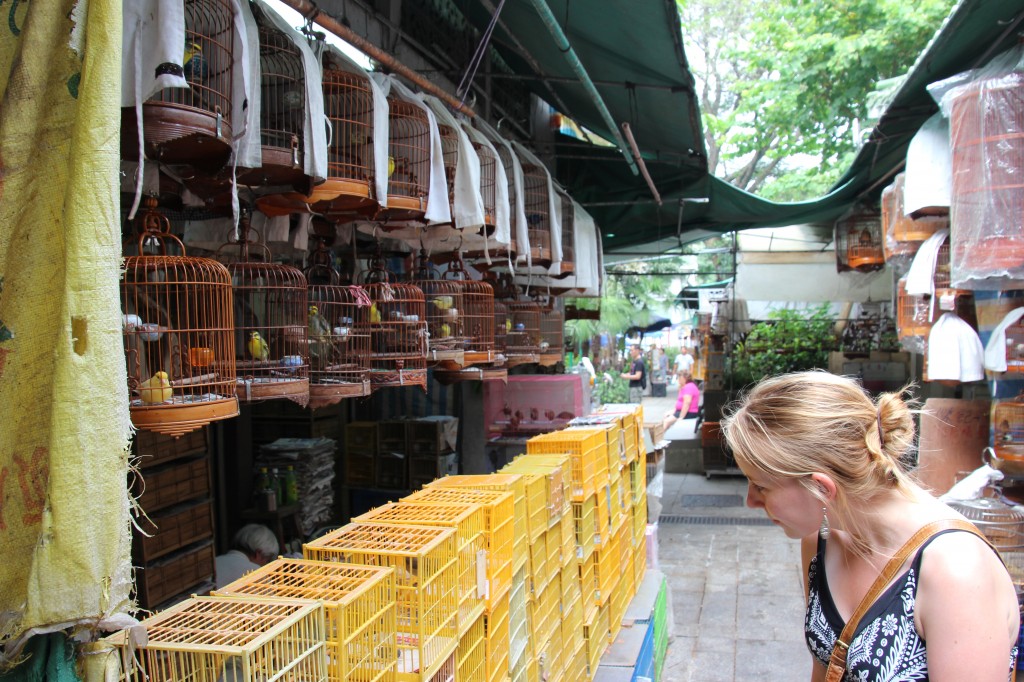 Whilst in Hong Kong we were lucky enough to meet up with the newly married for the second time Jonny and Charley Mulliner. The two of them had just returned from the UK and more specifically from my home town to enjoy their second wedding having originally been married in Adelaide. They very kindly agreed to a night out in HK and after a few drinks and a big steak dinner we hit a few more bars before ending in LKF. From the pictures there are a lot of smiles and from my hangover  know a lot was drunk but all that I can really remember was having a great time so thanks guys! 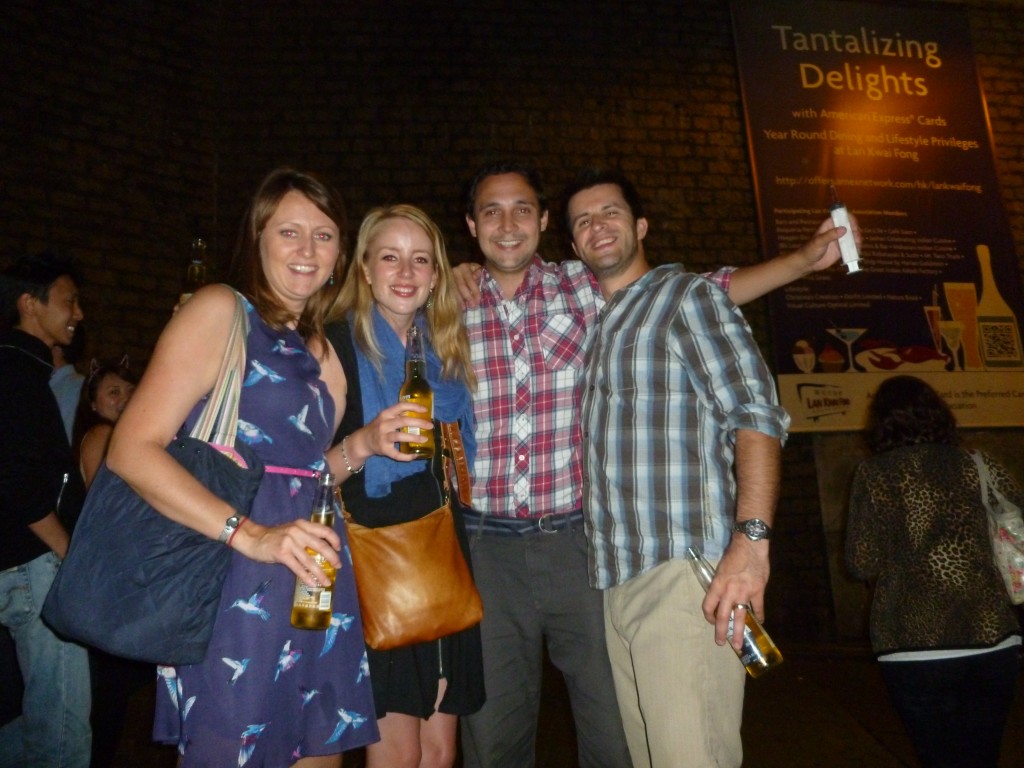 A couple more touristy sights were hit including The Peak which is now a massive construction compared to when I was here last some 18 years ago. Still a pretty good view and the train/tram up is pretty intense. 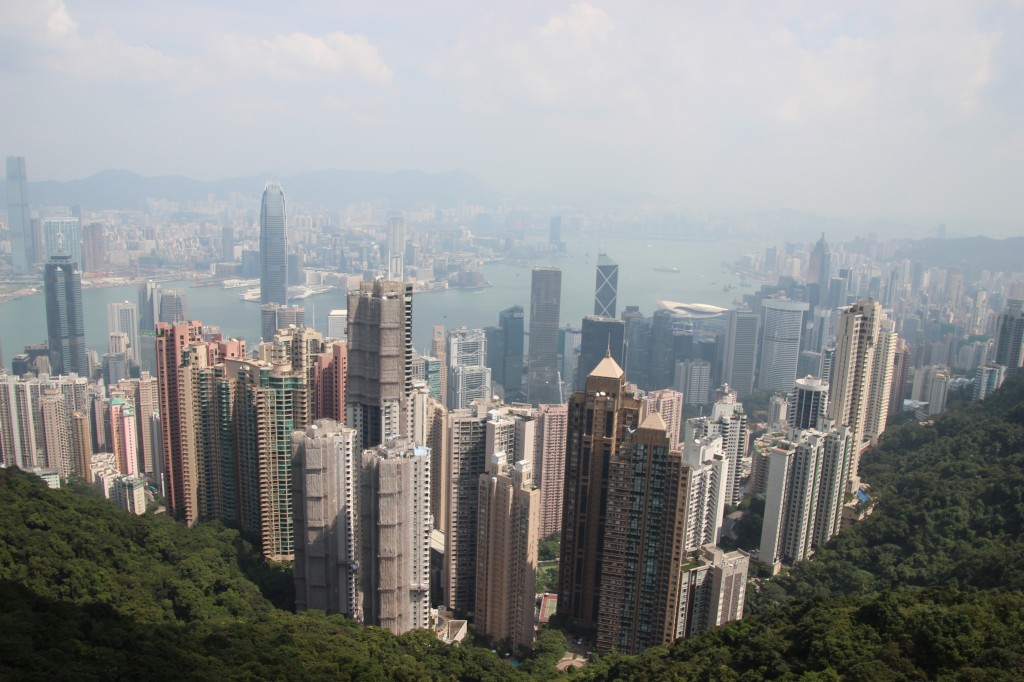 We also took the ferry out to Lamma Island to walk from one side to the other with the promise of great seafood at the end. Needless to say with the whiff of seafood in the air we were the first from our ferry to make it across the island. It was a lovely walk and the crab, squid and sweet and sour pork served in a pineapple were all brilliant.

Hong Kong is our last big city for a while and it was probably the best city to be our last one. There are so many great sides to Hong Kong that we know we barely scratched the surface and that is always a good sign for a city. Equally though there were a lot of people and for the last few days thoughts of Fijian beaches were definitely swimming through our heads.

Thank you Hong Kong for having us to stay!