Having left the hustle and bustle of Hong Kong (where else has such a crazy amount of air conditioning that it feels like rain when you walk underneath tall buildings?!) we were looking forward to relaxing into ‘Island Time’ and basically doing nothing but sitting in the sun for 5 days. Unfortunately, Fiji had other ideas for us and decided to bring forward its wet season by a whole month. We were just lucky enough to experience a good few hours of sunshine upon arrival before it all turned dark and wet (just enough sunshine to show us what we’d be missing). 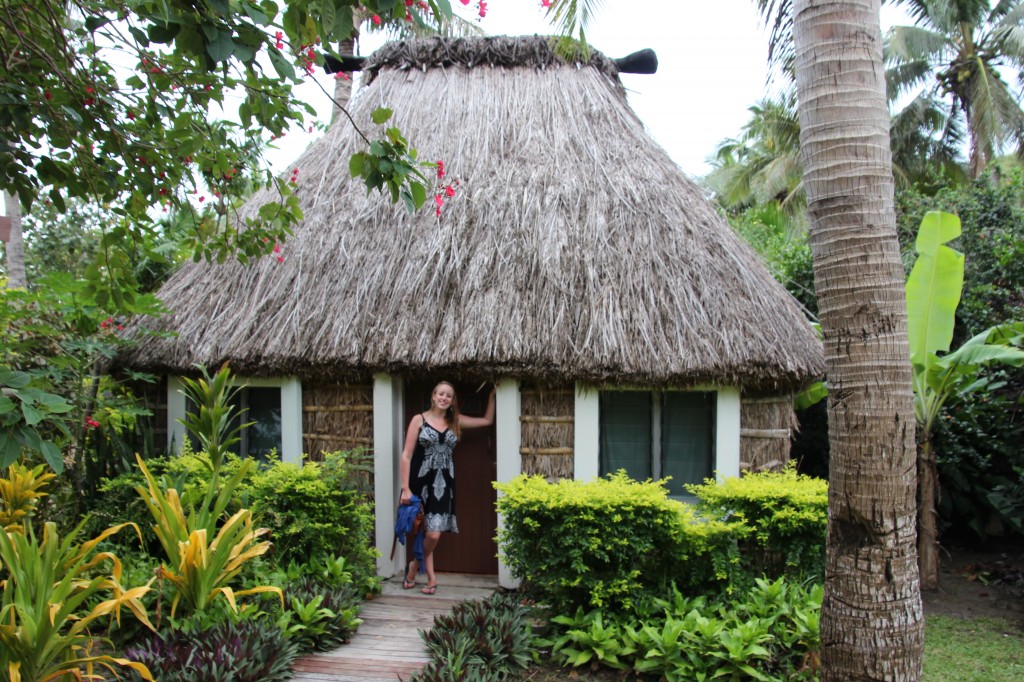 Luckily, after sunbathing, our second, third and fourth preferred activities (snorkelling, drinking and eating) could all be performed in the rain. Nick also got a couple of hours of beach volleyball in – it seems this can also be enjoyed in wet conditions. 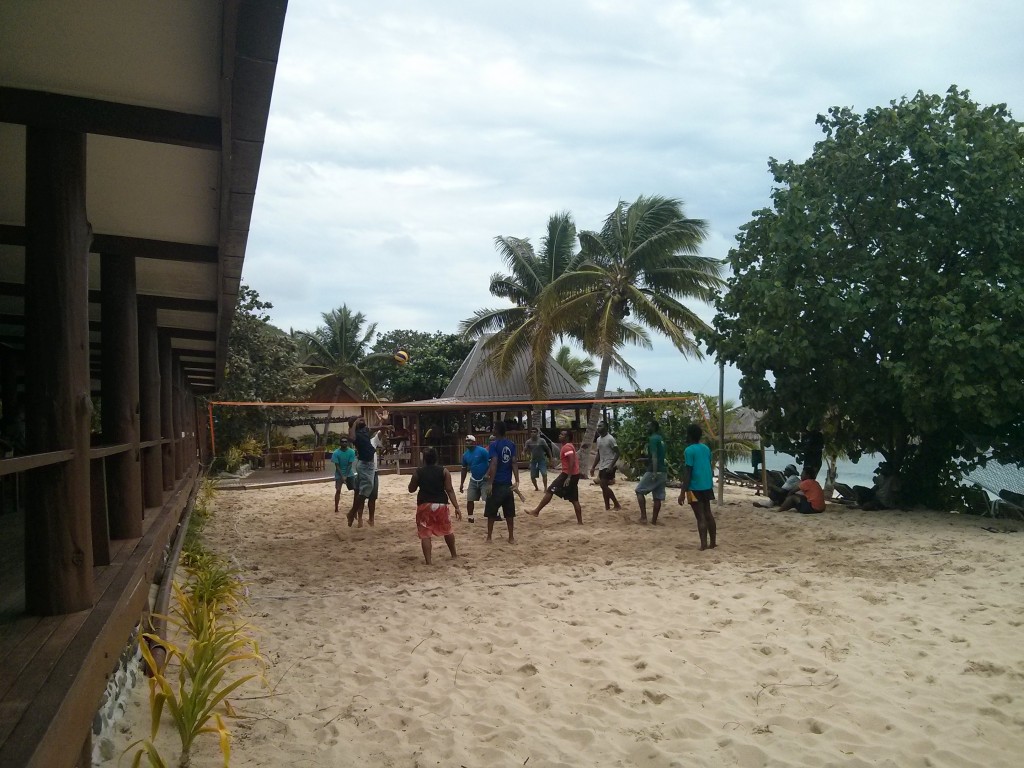 In fact, the rain did not much dampen the mood for the few days we spent in Fiji, mainly thanks to the fact that the snorkelling was just brilliant. A live coral reef lay just metres from the beach of the resort, so it couldn’t be easier to pop out (unless you are me and get foiled by the odd riptide a little too easily) and over a plethora of colourful coral and beautiful fish. Nick even managed some early dawn snorkels (seeing a rare lion fish in the process) when I was off doing sunrise yoga (an uncharacteristically virtuous practise that I felt was much needed following the previous week of round the clock Chinese food).

Other highlights included the brilliant local food on offer at each meal – plenty of freshly caught mahi mahi, grilled plantain and veg cooked in coconut cream. Dinners were served communally in the sandy-floored dining hall, meaning that we were able to hold conversations with people other than each other (woohoo), although most of the post dinner activities, such as crab racing on the beach, were unfortunately cancelled due to adverse weather conditions. 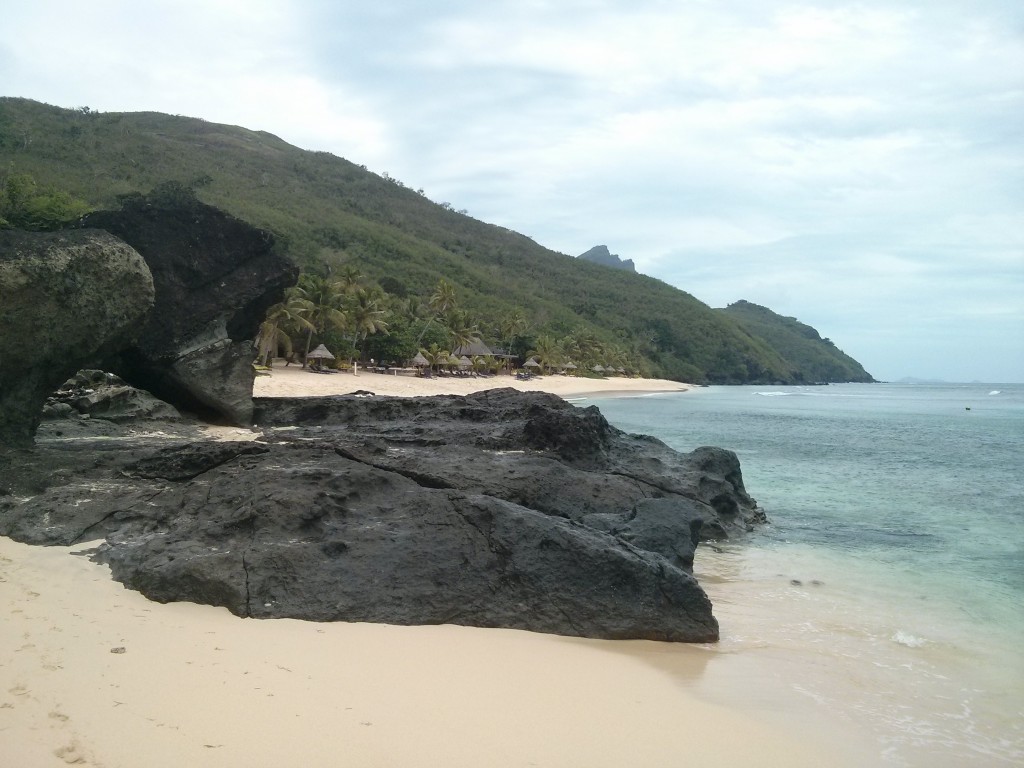 The only lowlight worth a mention, the survival of which I considered to be frankly miraculous, was the boat trip to and from the island. Unfortunately we had chosen to stay on an island (Waya island, in the Yasawa archipelago, and lovely it was too) just about as far from Nadi (and the main island) as you can get. This resulted in an hour and a half speedboat trip each way that had me hanging on to the sides (and Nick) for dear life. Meeting waves twice the size of me we flew through the air only to bang down on the sea again in a bone rattling bounce that felt certain to eject us from the side at any point. I was too scared to even get sea sick, which I guess was a bonus. Luckily Nick held my hysteria at bay by managing to shout a kind of mantra at me over the sound of the crashing sea that mainly just repeated our itinerary for New Zealand over and over again, and never have I looked forward to anything more…