Our day trip to Milford Sound was big in every respect. It is hard to believe that such a place can fit in the parameters of just 8 hours (and that we managed to take quite so many photos in such a short space of time!) but in fact it did (and we did, as you can see) and the 1.5 hour trip there and back was very much part of the experience, as the views on the way were often just as spectacular as within the sound itself.

Travelling by coach so that Nick could enjoy the view as well, we left Te Anau – a village that dubs itself ‘the gateway to Fjordland’ – at 7.30 am, just in time to catch the morning fog and mist that blanketed the rather dramatic mountains along either side of the road. The highway reportedly has no less than 30 avalanche points, and though we were a not too shabby two weeks out of avalanche season the result of a few rockfalls, landslides and snow avalanches could still be seen along the way. Our coach driver reassured us that we would be safe as long as we kept moving. Saying this he happily stopped the coach a good number of times in order for us to take a few snaps – call it extreme photography!

Once we had gone through the tunnel in the mountain and out again the other side, we were pretty close to our final destination of Milford Sound. Bad timing – as we came out of the tunnel the fog fell right before our eyes, completely obliterating the view of the valley (and perhaps luckily) the hairpin bends we were about to take on our descent.

We couldn’t have felt luckier then, when we finally got on the boat and out on to the water, just in time to see the cloud start to lift and reveal the magnificent fjord in front of us. 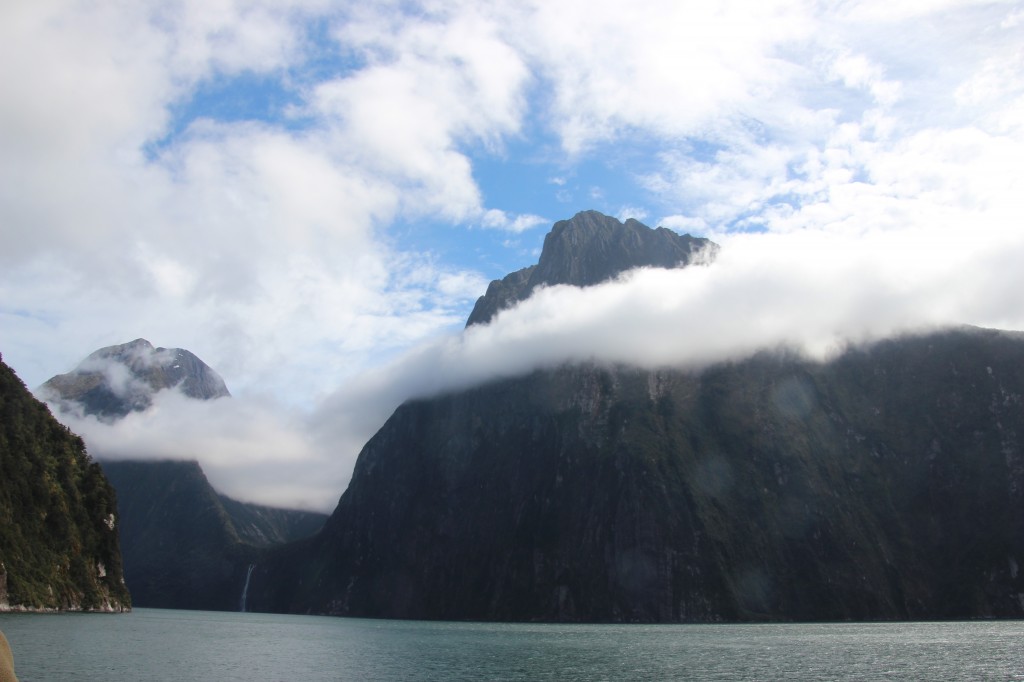 The (wrongly named, it is apparently a fjord and not a sound) Milford Sound is a great expanse of water leading out to sea, flanked on either side by rather spectacular peaks and waterfalls, including the well-known Mitre Peak and one that I don’t know the name of but looks like either a lion or an elephant depending on which way you’re inclined. On our 2.5hr ‘nature’ cruise we managed to not get blown off the boat (despite nature’s best attempts), saw a good many fantastic views, some oversized seabirds and even some Rockhopper penguins, 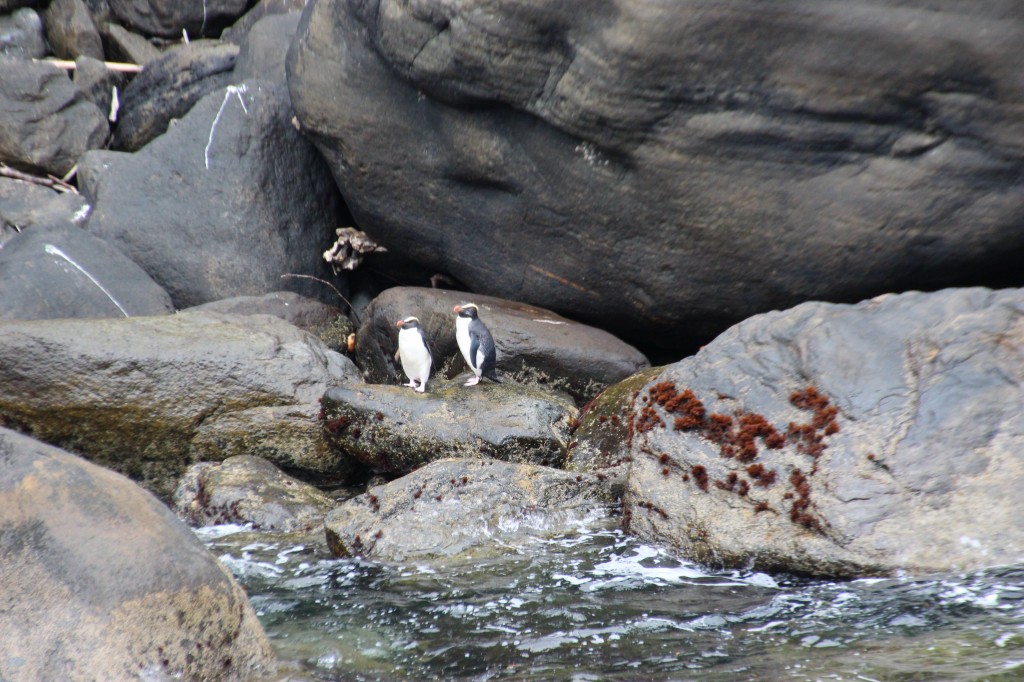 as well as plenty of rather lazy seals slumbering on the rocks. 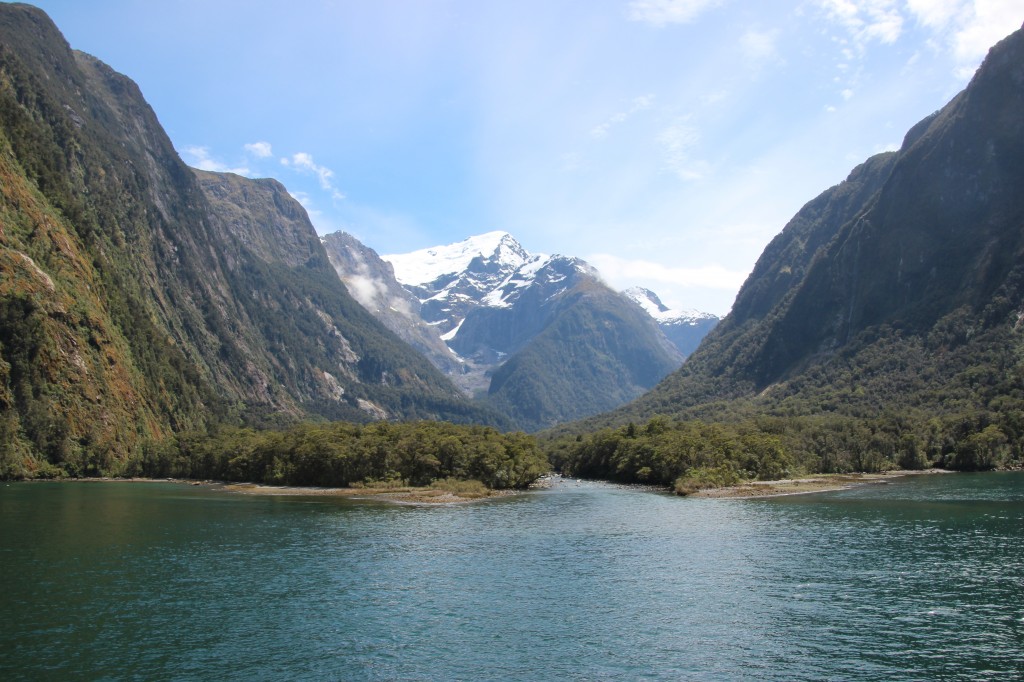 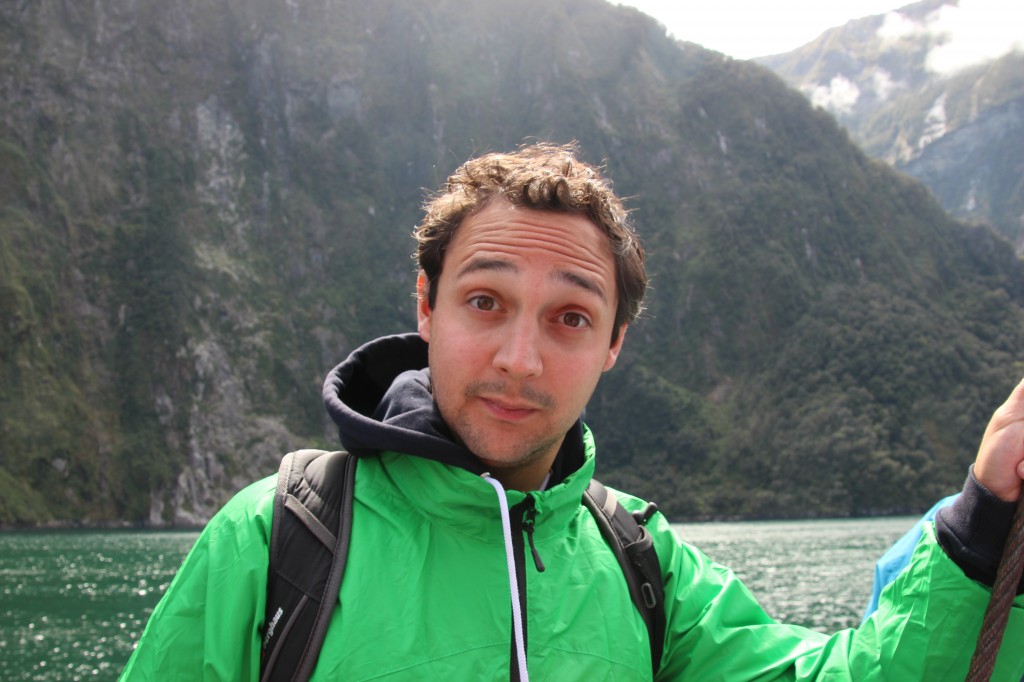 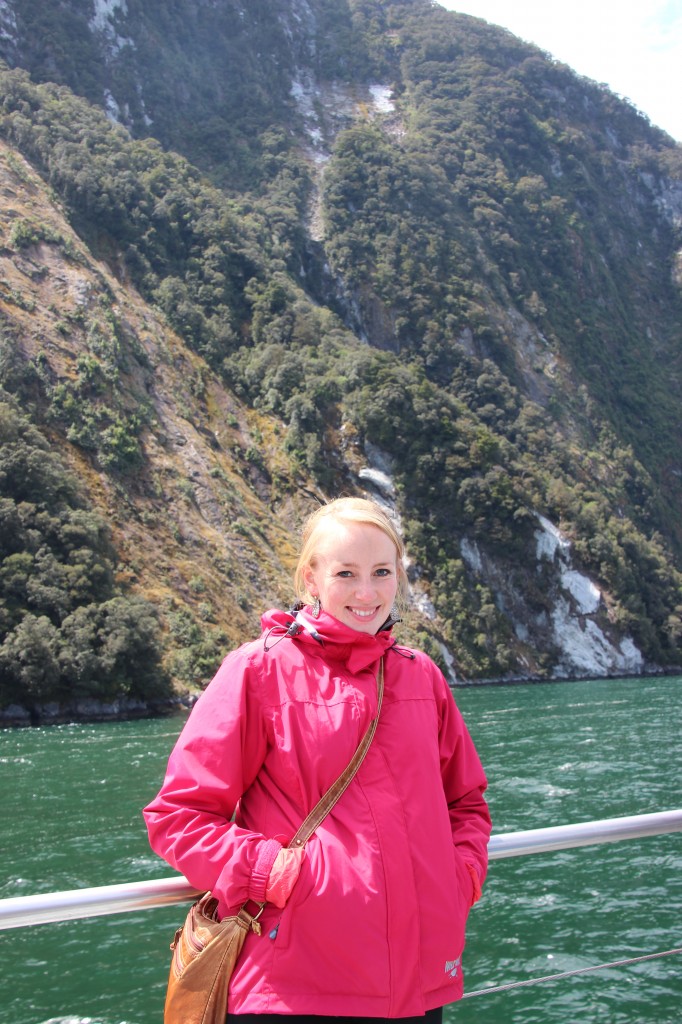 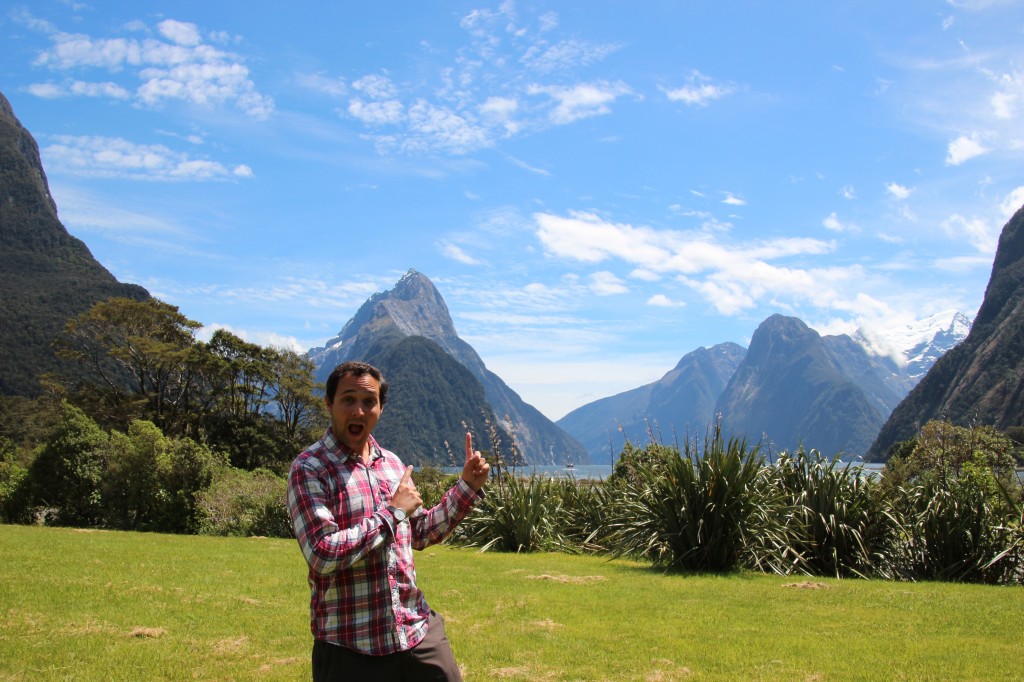