We left Raglan in Nushy with the target of reaching Rotorua and also finding some internet to let Barrie, Sue, Steve and Karen know that we were safely landed in New Zealand. After a steady drive that took us past Hobbiton (we checked it out – too expensive) we arrived in Rotorua in a smell that was much like our bathroom after a night on the town. Throughout our time in Rotorua it felt as though the world was free and easy as I could fart as much as I liked (all the sulphur, you see).

On arriving at our hostel we decided to check out the Polynesian Spa which consisted of a natural hot pool (private) that overlooked Lake Rotorua. It was hot and a little smelly but perfect after a long drive.

After spa time we went looking for dinner and found something else hot and smelly; a fantastic curry house. One lamb rogan josh (medium) and one chicken karahi (hot) later we were well set to take advantage of the sulphurous smells.

The next day we headed down to Wai-o-tapu thermal wonderland for a live geyser experience and thermal shenanigans. It was pretty incredible seeing the earth’s crust so thin and what lurks beneath our feet. We took some pretty cool photos along the way: 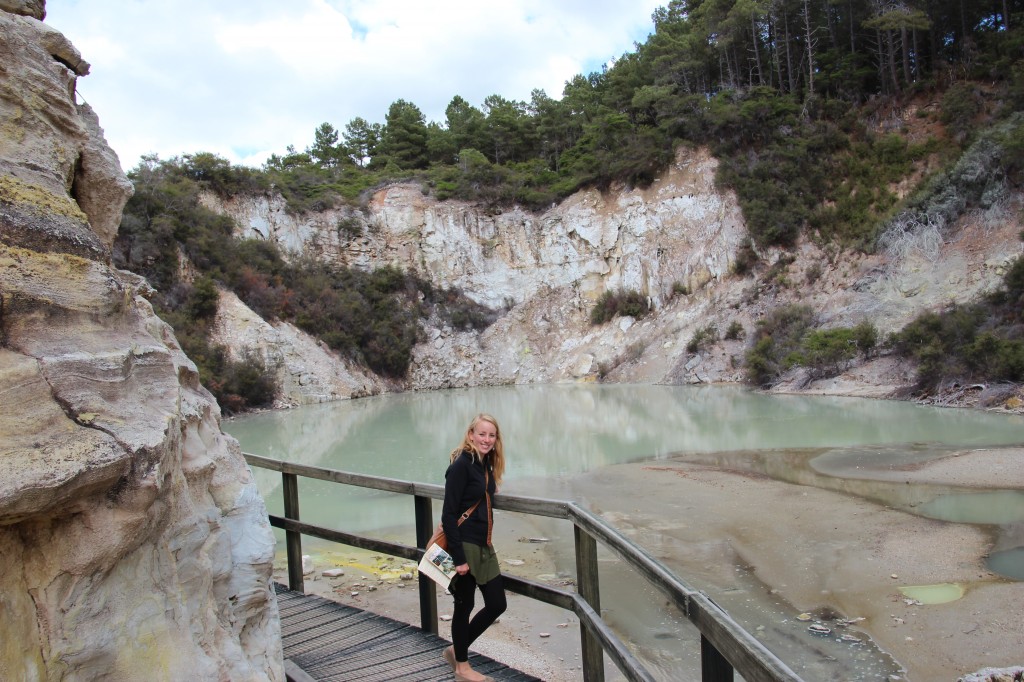 After Rotorua we were kindly invited up to Sue and Barrie’s place on the Coromandel Peninsula. After a lengthy drive up to Pauanui via some beautiful coastline we had arrived whilst Sue and Barrie were still at work. After double, triple and rechecking we were in the right place we walked in and rapidly placated the two dogs fluffball and Wilson.

On Sue and Barrie’s arrival we were already tucking into the beer supplies but soon all was clear as we caught up on happenings since the Galapagos and retold favourite stories from our time on the islands. It was great catching up and learning more truths from the school of hard knocks and we were left pretty excited by the sound of their trip up the Amazon.

After several rums, beers and bottles of wine we were certainly feeling most at home and as stories were growing wilder we realised we may have been extending our hosts’ welcome a little! It was a cracking night and showed us just how genuine Kiwis clearly are when they offer their place for us to stay!

We’d like to wish a big thank you to Sue and Barrie for putting us up and delivering some delicious steaks whilst we stayed in Pauanui. Also a big apology for not making it for fishing on Labour Day. Next time we’re over fishing is on!

The morning after we woke early doors and walked along the beach before heading northwards up the Coromandel.